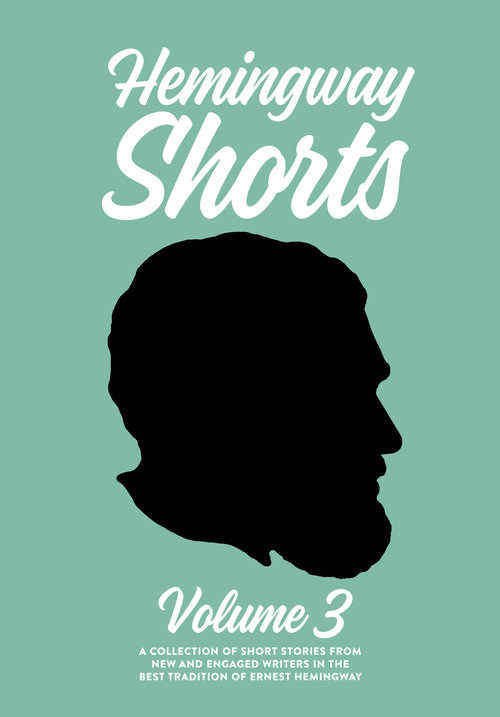 When the Light Shines: Hemingway Shorts

Writing is communal, despite what they say about it being a lonely art. Yes, you can keep a personal journal and you can write in a secret diary, and these can be wonderful things. But being a writer is about getting your work read. Putting your work out there to share with the world. This is what art is about, the communal emotions born from the human condition. Painters need eyes. Writers need readers. 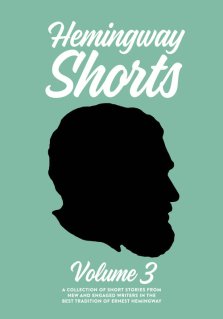 So, when the Hemingway Foundation of Oak Park called for submissions to its annual Hemingway Shorts publication, that is what we had in mind. Writers sharing. And that’s what we got. Some 200 submissions were taken. And at the end of a long, tedious, sometimes difficult process, eleven pieces were chosen for publication. One, and only one, was the winner, a beautiful story by Veryan Williams-Wynn entitled The Empty Chair. Veryan is from Devon, England and she signifies the great reach of our submissions.
She, like so many others, shared the work. And we thank you for the courage, for it certainly takes courage to offer your work to the world, shining a light on wonderful stories.
Congratulations.

Stanley’s heavy-rimmed glasses had slipped cock-eyed on the damp surface of his red-veined nose, exposing his rheumy eyes, and there they rested until the sound of Frank’s voice in the hall jolted him out of his dark musings. He hurriedly brushed a hand across his eyes, blew his nose and replaced his glasses, but not before Frank had time to register exactly how his old friend was feeling. As Stanley struggled to get to his feet Frank placed a hand firmly on his shoulder and pushed him back into the armchair where his woolly-grey head slumped back against the yellow-stained antimacassar.

‘How you doing?’ Frank asked, his voice over loud with forced cheerfulness.

‘Had something to eat?’

Stanley didn’t answer. He just stared unseeing at the silent television screen. What was there to say? She’d always done the shopping, cooking, wouldn’t let him near the kitchen she wouldn’t, not even at Christmas when the dishes were piled high after having friends round. No, he couldn’t cook and he didn’t feel inclined to start at this stage in his life – what was the point now she was gone. Anyway, he’d been to Patel’s that morning and stocked up with a supply of corned beef, tinned soups, frozen meals for one, cornflakes, a six-pack and a bottle of the best Scotch available from the corner shop.

‘Since you refuse to come over to our place, Joan said I was to make sure you were eating properly.’

Frank noticed the defiant clenching of Stanley’s jaw as he spoke; his lop-sided cardigan buttoned up crooked and the creased shirt. Sheila would have soon have had those straightened out, had him looking neat and tidy. One thing about him hadn’t changed though – he was still wearing a tie – Stan had never been seen without a tie ever, even in high summer. He was surprised though at him going to pieces like this, but then he’d always been full of surprises. For one thing, none of his friends had thought to see him marry, such a curmudgeonly old bachelor he’d become, when going on fifty he quite suddenly announced he was marrying Sheila from the local pharmacy. And now Frank thought he’d never be surprised by anything Stan did ever again.

Frank returned from the kitchen carrying two mugs of tea, and having handed one to Stanley was about to sit down in the vacant armchair opposite him when he thought better of it and pulled up a chair from beside the table.

‘You can sit there if you want.’

‘Nah. It doesn’t seem right somehow … never sat there before, did I? That’s her chair.’

‘Was her chair.’ Stanley said, his eyes welling again.

For the last twenty years, every evening year in year out with seldom a break, Sheila had sat opposite him in that same chair. In the early days of their marriage she would do mending and darning, she was good at sewing; then she took up knitting and every evening after the dishes were done he would watch the television to the accompaniment of her clicking needles and it was her of course who’d crocheted the antimacassars to protect the chair backs.

Little in the ordered routine of their lives changed over the years and Stan hadn’t noticed her restlessness, not that was, until she enrolled in a Tai-Chi class when her chair would be empty every Thursday evening. He had objected at first as it meant having to have their evening meal early, but he soon got used to that and he couldn’t really complain since he left her alone every Tuesday and Saturday when he went to the club for a few rounds with the boys and the occasional game of cards.

‘You want to talk about it?’

‘There’s nothing to talk about … I’ve got to get on with it haven’t I?’

‘How about getting out – come down the club again?’

‘You’ll have to face the lads again sometime.’

Stanley looked up, his face convulsed, ‘I was such a damned fool, I should have known something was wrong, done something.’ he said banging his fist down on the arm of his chair.

‘When did you first suspect things weren’t right?’

Stanley leant forward resting his head in his gnarled hands.

‘It was months, maybe a year back. I was dropping a customer off at the hospital. A regular she was – twice a week for months I’d drive her to St Thomas’s, wait in my cab listening to the radio while she had treatment, and then drive her home. It was while I was waiting one day that I saw Sheila come out of the main entrance. It gave me quite a shock seeing her there, not that she looked sick or anything, in fact she was quite dressed up for her. That evening I asked her if she was ill, but no – she said she’d been visiting a friend, a colleague she worked with at the pharmacy. I believed her, even when I saw her at the hospital again some months later.’

‘When did she actually tell you?’

‘She didn’t. Never said a word. The first I knew of it was that night at the club.’ he hissed through gritted teeth.

‘Did you not talk to each other, discuss things?’

‘Sometimes. I’d tell her about some of the fares I’d picked up, about the odd characters who’d get in my cab, like the geezer with a goat, but there wasn’t much to tell really, was there?’

‘She used to natter on all the time at first – can’t say I took much notice, just the usual stuff about work. Once of twice she tried to get me to go away on a trip, you know, one of those package holidays to some hot foreign place, but I’ve never been one for going abroad – not liking strange food or understanding the lingo – so we never went away, except once to the Broads fishing.’

‘Never said if she did.’ he said, glaring at Frank over the top of his glasses.

‘She wouldn’t would she, too quiet for her own good …’

While Stanley returned his gaze to the silent action on the television, Frank took note of his friend’s knit brow and felt the barely concealed anger seething inside him.

‘You ever tell her about the horses – your visits to the betting office every weekend?’

‘And the poker games in the back room on Tuesday nights?’

‘None of her business, anyway it never amounted to much.’

‘Bleeding hell Stan, what do you call not much?’

‘That last game – well that was different – the rest were just a few quid here and there, you know that.’

‘It would never have happened if that foreign doctor from the hospital hadn’t come looking for me and come out with all that stuff about Sheila, what was I supposed to do for god’s sake?’

‘Hit him, knocked the living daylights out of him, had him thrown out, anything other than what you did.’

‘It made sense at the time, he was as determined to have her as I was to keep her – dead lock.’

‘You could have confronted her, but no you had to wager her in a game of cards! How the hell could you?’

‘I could tell at a glance he was no card player and I would have won but for his bloody luck with that confounded hand.’

‘Well, the blokes in the club are all drinking to you now, you’re quite the hero, ‘to Stan who lost his wife to an ace of spades!’ Frank said, raising his mug and downing the remains of his tea.

This is a text widget, which allows you to add text or HTML to your sidebar. You can use them to display text, links, images, HTML, or a combination of these. Edit them in the Widget section of the Customizer.